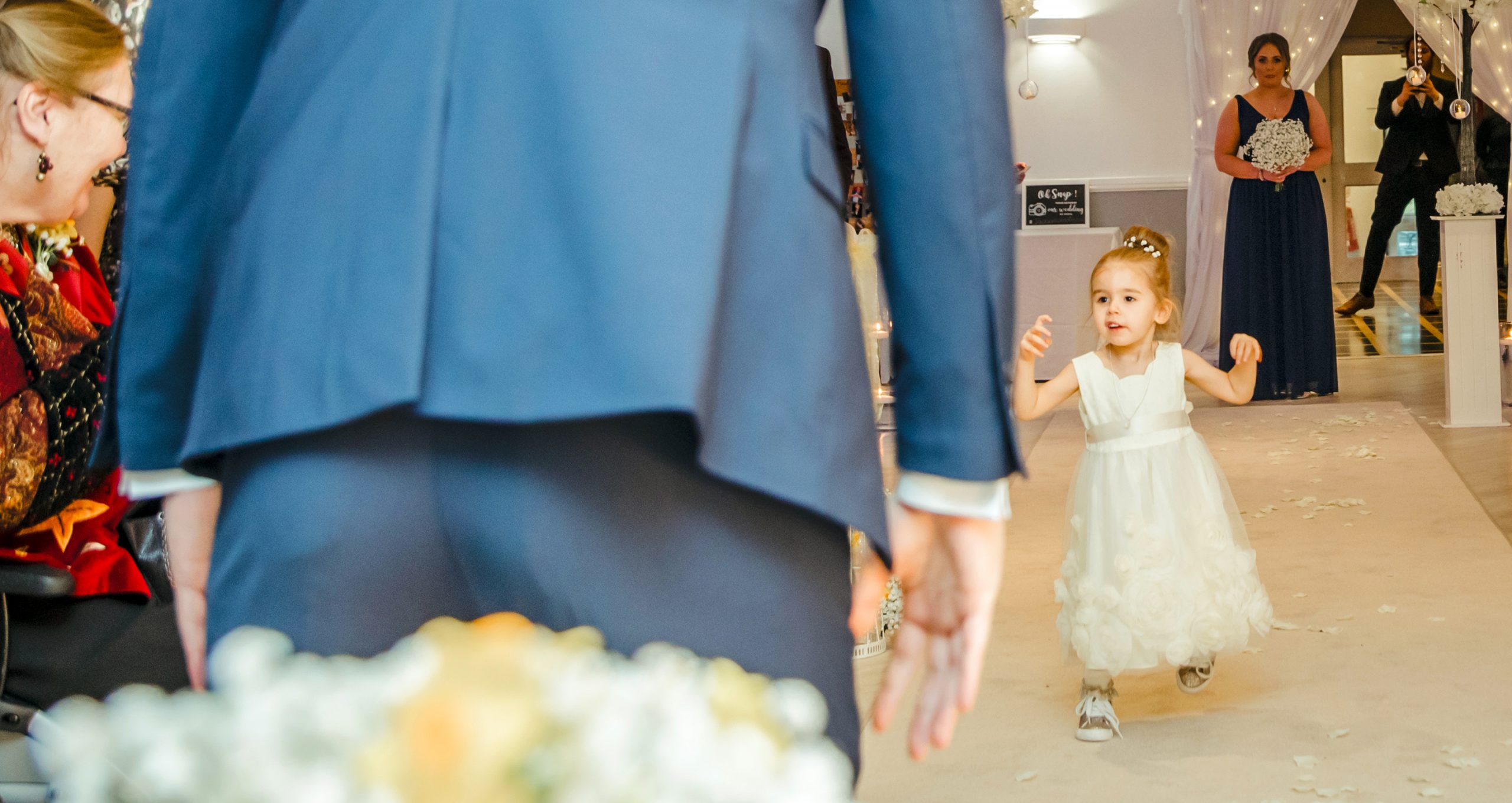 Three year old Evie’s amazing walk down the aisle The Leyland youngster with cerebral palsy who made her parents day.

Three year old Evie Jackson from Leyland amazed and delighted everyone at her parents wedding last month when she walked down the aisle at the Foxfield Country Hotel, Billington, Whalley, as part of her mum’s bridal procession – the furthest she has ever walked unaided as Evie was diagnosed with HIE (hypoxic-ischaemic encephalopathy) at birth and might never have walked, talked or been able to feed.

Mum, Michelle Jackson (31) had a normal pregnancy with no indication of any problems but an undiagnosed breech resulted in Evie suffering from HIE – an acute loss of blood and oxygen flowing to her brain which can cause the cells to decay or die.  With HIE the doctors are unable to predict how a child might be affected later and Evie’s parents were told the devastating news that she might never feed, walk or talk.

Her first four weeks were spent in a neo natal unit in ICU and then High Dependency where she was fed by tube and had to have regular suctioning as she couldn’t control her saliva due to having no suck/swallow reflex.

This continued when she first went home, with Michelle and Dan, her dad, still not knowing what to expect although Evie has now been diagnosed with cerebral palsy. She also has hip dysplasia which has resulted in two operations and a cast from the waist down for three months each time.  She may need more surgery in the future. 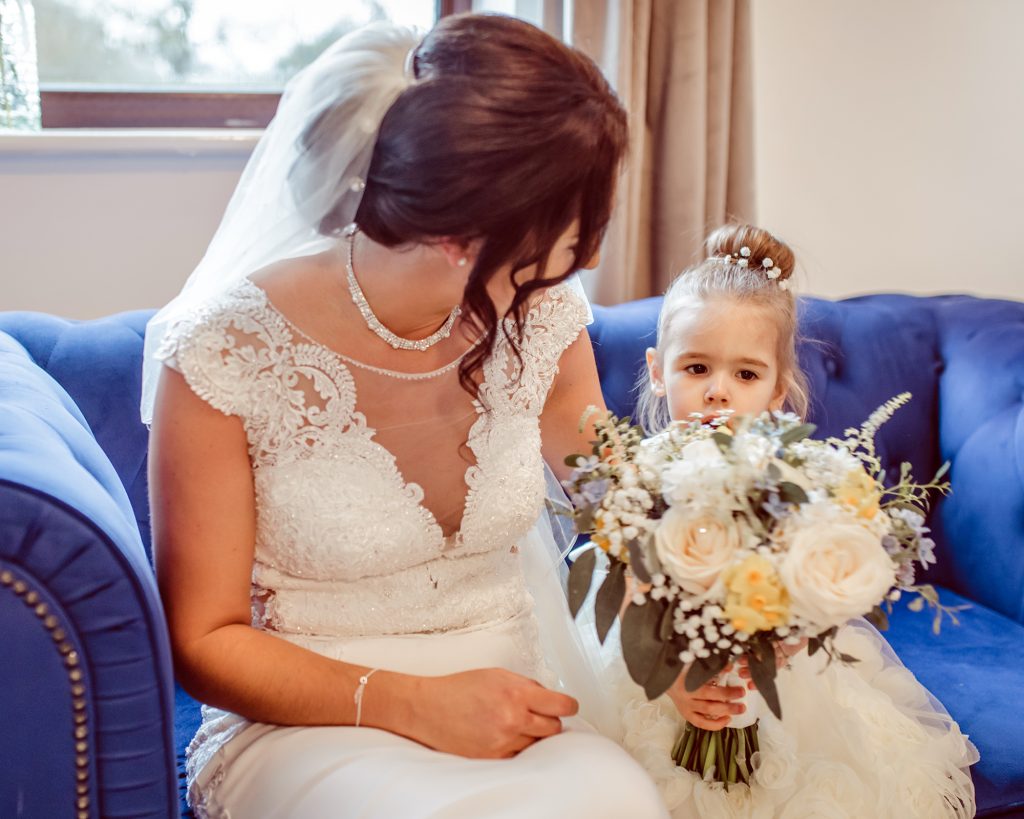 In the early days, Michelle and Evie went to Derian House play group once a week which Michelle says was a great support for her more than Evie as she could mix with other parents who understood how she felt.

Through a family contact, Rainbow Hub heard about Evie and offered help. Michelle and Evie started going to the Stay and Play groups.  When these stopped due to the pandemic, Rainbow Hub’s video links proved to be a lifeline with Evie loving the communication sessions in particular. Michelle said Evie would sit for ages interacting with Shelley Cuff during storytelling and songs while Michelle benefited from tips to help with Evie’s mobility from Jo Ashcroft, who provides the conductive education sessions to improve things we take for granted like sitting, standing and weight bearing.

Since restrictions have lifted, Evie now attends Rainbow Hub once a week for conductive education sessions.  She started using a walking frame in January 2021 and could manage some steps by March but only took her first independent steps about three weeks before the wedding. 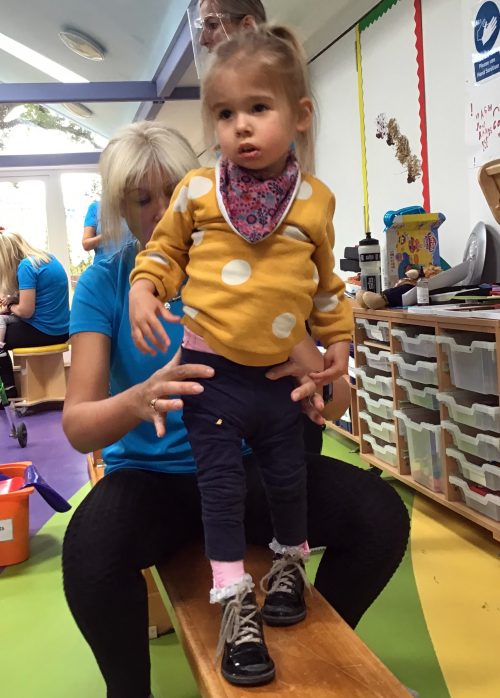 Michelle said, “it was as if she knew she had to walk at our wedding and she was not going to let her younger brother, Alex who is 1, do something she couldn’t. We practised the night before and she just about made it down the aisle, but that was in an empty room.

I honestly didn’t think she would do it on the day with all the distractions but she amazed everybody and brought everyone in the room to tears.

Michelle feels there is no doubt Rainbow Hub has helped Evie enormously. She said, “Rainbow Hub is such an amazing place and I know Evie would not have achieved what she has without their support.

They see potential in every single child and help them achieve things that they have previously been told they wouldn’t achieve.  Rainbow Hub doesn’t just help the children, they support the whole family. We feel very lucky to have somewhere like Rainbow Hub to come to and are so grateful for everything they have done and continue to do to help Evie.”

The actual wedding day was third time lucky for Michelle and Dan who had to postpone their wedding twice – firstly due to the complications following Evie’s birth and then because of COVID.  But they and their 80 guests had a brilliant time made even more special by Evie and their other children, Alex and Joseph.

Michelle is so grateful to Rainbow Hub that she is going to take part in the Great North Run in September to raise funds and, as she say, give something back.  If anyone would like to support her, they can donate at https://www.justgiving.com/fundraising/michelle-newton11

Lyndsay Fahey, Chief Executive, Rainbow Hub, said, “when I heard about Evie I hoped that we could help and both Evie and Michelle have put in some much effort to get Evie to where she is.  She has been wonderful, a fabulous character to have around and she has achieved so much including our Star of the Week back in January.  But her amazing walk down the aisle left everyone in tears when they saw the beautiful video.  They are a gorgeous family and deserve every happiness.”

If you were unable to view the video clip above of Evie walking, you can click the following link to view it on YouTube: https://youtu.be/M8wo9dsit5Q 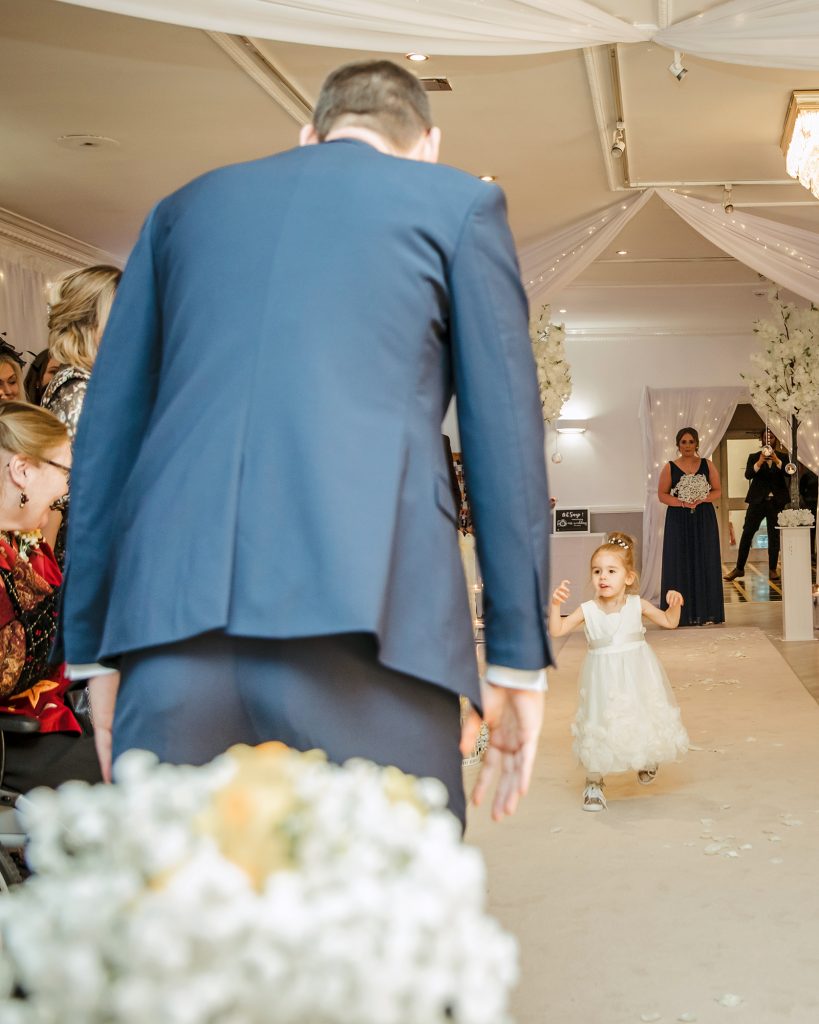