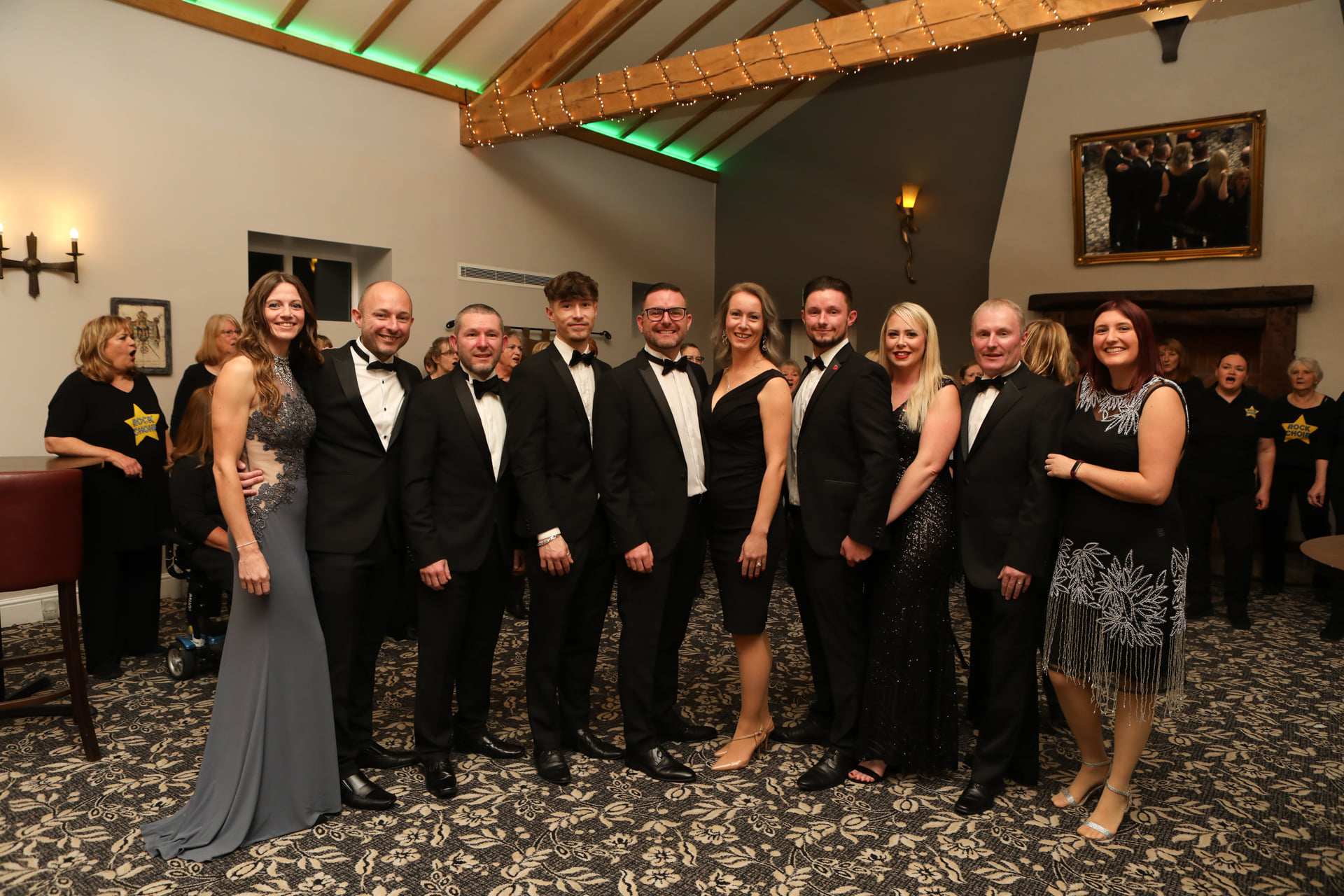 The glitzy event, hosted by comedian, Britain’s Got Talent runner up and local star, Steve Royle, was

Over 160 glamourous guests enjoyed a cocktail on arrival at The Villa Wrea Green and later,

a delicious three course meal. They took part in a silent auction where they tried to outbid other

guests for fantastic prizes including jewellery, luxury mini breaks and football tickets among other

items and experiences; whilst lucky winners won a variety of prizes in the raffle. The Rainbow Hub

rosettes – what a treat he has in store! This prize was generously donated by STAS Trailers.

North End Executive Box for ten people; a set of two unique pieces of artwork made by the children

it was just wonderful to be able to come together once again and the evening was a huge success.

There are so many people who have helped make this happen that we can’t name them all. But I

would like to sincerely thank them , especially Steve Royle for hosting the event; our main

She continued, “And to everyone who joined us for the evening, bid in the auctions and are helping

us to continue to offer our much needed services – thank you from the bottom of our hearts.

events are looking forward to the future and our 21st Birthday next year.”