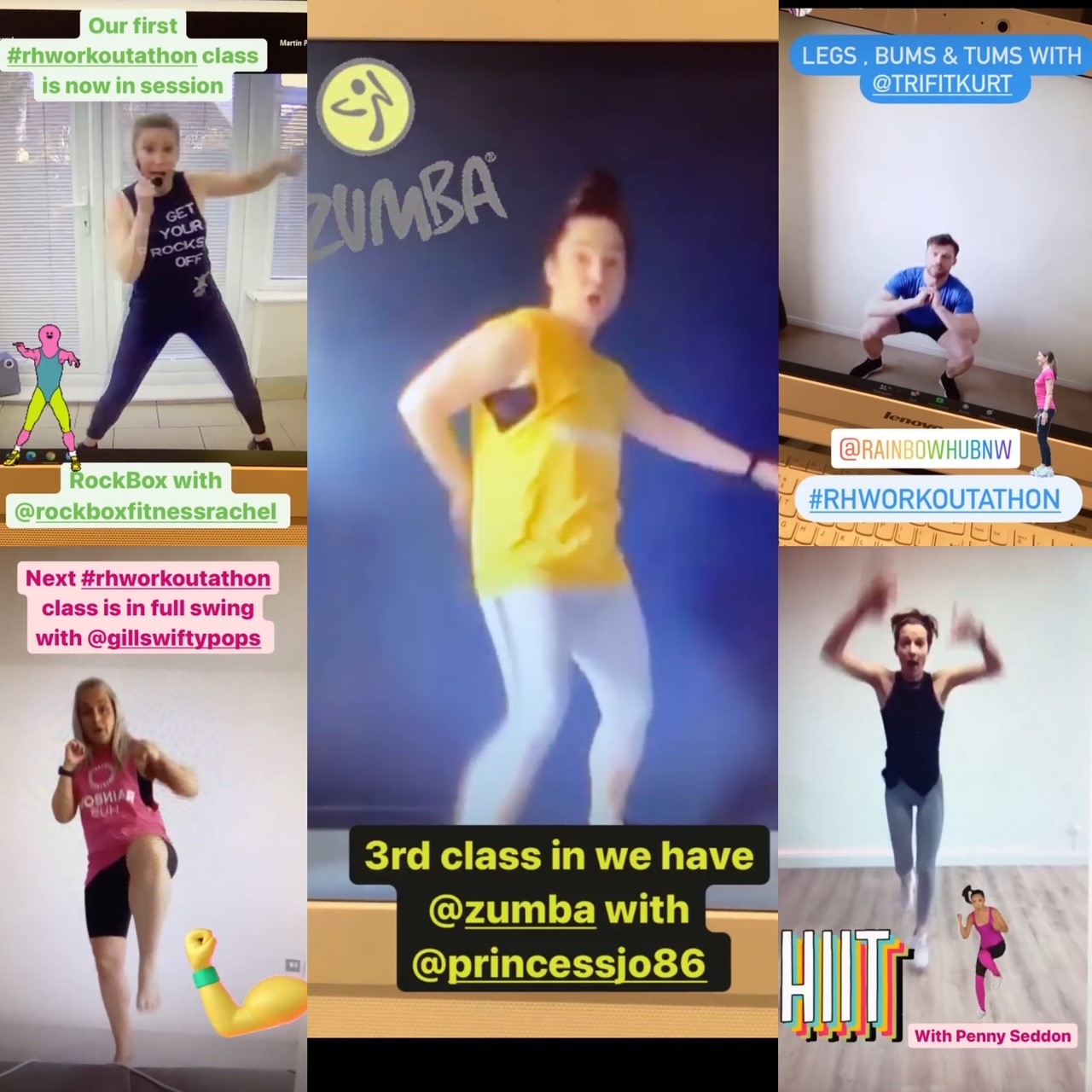 supporting children and young people with physical and neurological disabilities

Kurt McDonnell and Penny Seddon, also working from their homes, with one as far away as Cornwall.

Participants from all around the North West took part including Liverpool, Wigan, Preston, Leyland, Burscough,

Merseyside, Manchester, Darwen, Chorley and  Morecambe, together with one from London.

Maria Womack from Leyland, who participated and raised £200 towards the target, said, “I’ve done the

Workoutathon in support of Rainbow Hub for 6 years now. As someone who never does exercise classes, it is a real

challenge for me, but having visited Rainbow Hub and seeing how they support children with disabilities, I was more

determined than ever to do the online event this year. Charities have been hit really hard by the pandemic and

Rainbow Hub is no different”

Lyndsay Fahey, Chief Executive, Rainbow Hub, said “We are delighted that so many decided to take part this year

even though we had to go virtual. It was lots of fun and our thanks go to those who took participated and our

supporter, JMW Solicitors.   We are also extremely grateful to all the instructors and Kat Nelson, our Head of

Fundraising who organised the event in its new format so well.” 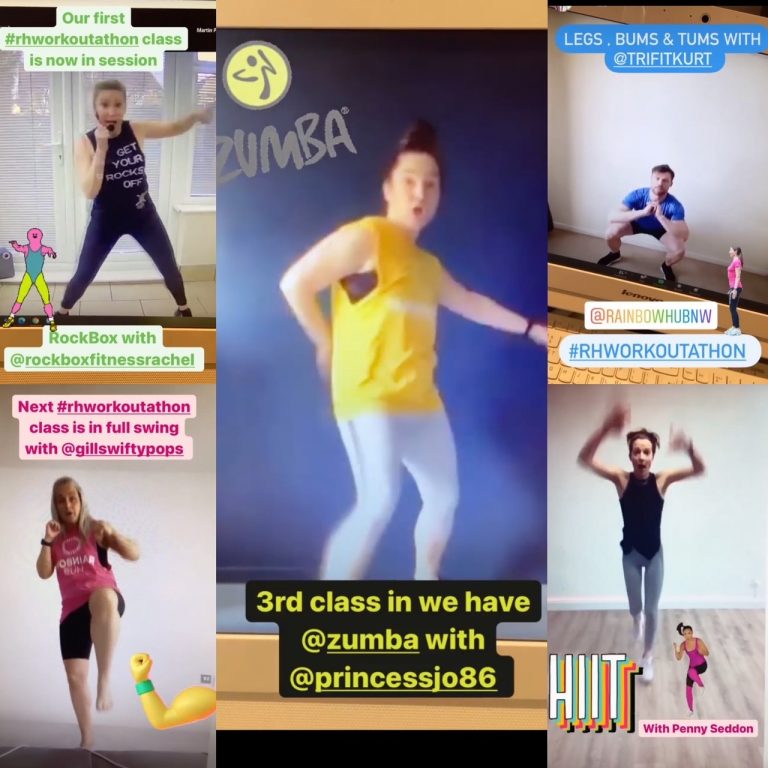